My earliest childhood memories are of joyfully making sand castles and jumping in the waves along Lake Michigan’s shoreline. Now as an adult, I live once again on the shores of Lake Michigan and I realize that something needs to be done to ensure that future children will also be able to enjoy the beaches as I did. World Water Day is the perfect time to talk about Canines for Clean Water and one way I can help leave future generations a place to enjoy – with the help of my four-legged friends. 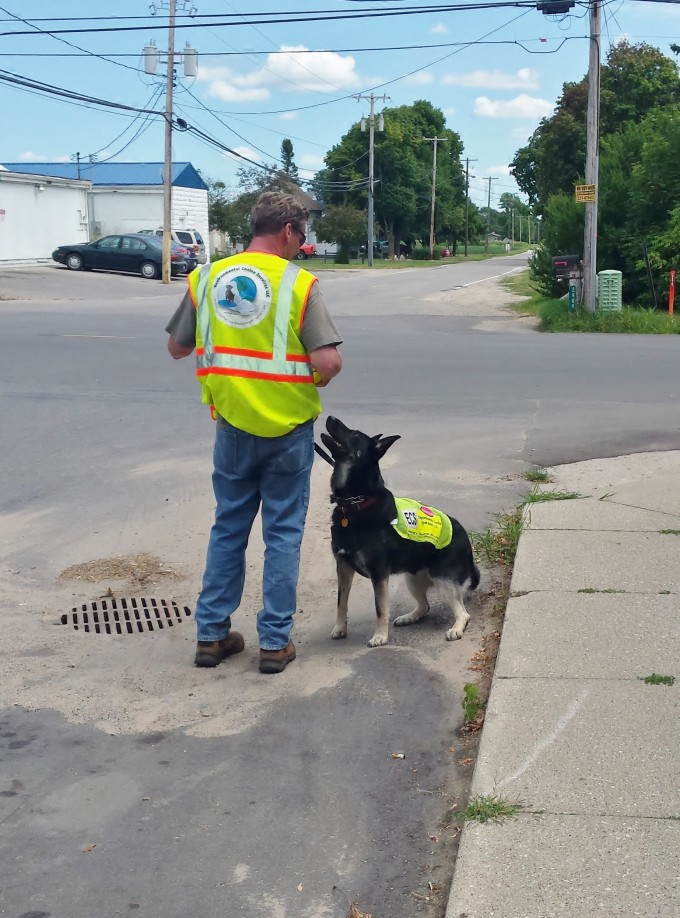 You see, the popular white-sand beaches and charming Lake Michigan communities in southwest Michigan known as Harbor Country have turned away visitors from various beaches because unsafe levels of E. coli bacteria have been seeping into the watershed from public sewer systems and nearby homes that have failing or no septic systems. The contaminated water travels down rivers and streams into Lake Michigan—shutting down the beaches and delivering a negative hit for the local economy and community.

The problem is we don’t know where in the ground these leaking, faulty systems are buried.

Since 2001, The Conservation Fund  has been working with all levels of government, as well as private foundations and nonprofit organizations, to address the water quality issues in the area. Along with a team of biologists and scientists, we’re also working with an unusual partner—a pair of furry, four-legged friends with a keen sense of smell. These specially trained dogs from Environmental Canine Services, LLC are sniffing out the sources of E. coli faster and more accurately than traditional water testing methods. Since 2011, the dogs have located 17 sources of sewage within two miles of popular beaches. After repairs were completed, the positive effects were immediately noticeable. In fact, in 2013 there were no closings at these beaches due to high E. coli levels. The dogs have been incredibly efficient and cost-effective tools for locating sources of E. coli in this watershed. 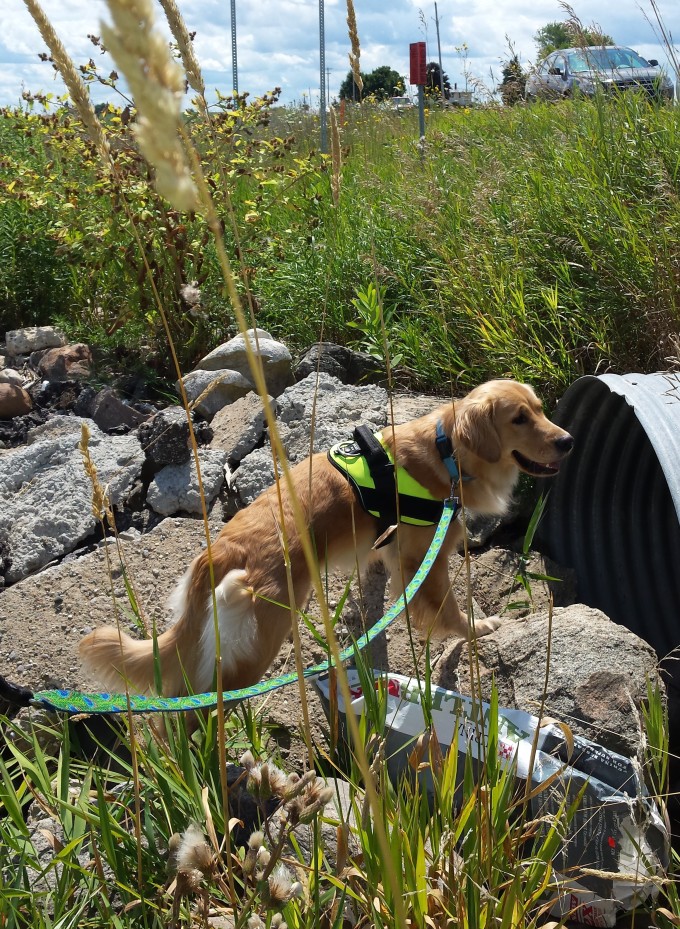 This year, thanks to a sponsorship and a donation of dog food from Freshpet, The Conservation Fund is teaming with Southwest Michigan Planning Commission and with a grant from the Michigan Department of Environmental Quality to systematically identify the E. coli problems on 12 beaches in Harbor County. Each of these beaches has a stream flowing into it that brings the E. coli to the beach. 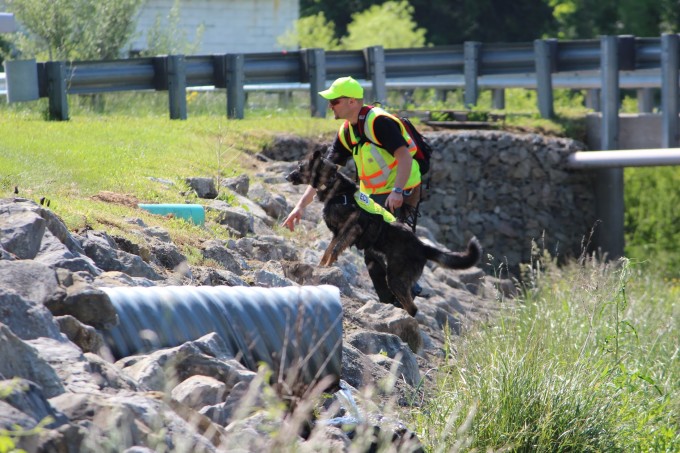 The dogs, powered by Freshpet food, will once again be using their highly trained sense of smell this July to help us identify what needs to be repaired. The dogs’ keen sense of smell enables them to walk right to the location and alert their human companions when they find a pipe bringing contamination into one of the streams. The dogs are so excited when they find an E. coli source and are immediately rewarded with a treat! I can hardly wait for the excitement of finding the damaged pipes and working to fix them so that we can all safely make sand castles and jump in the waves once again.

Janelle:
Water concerns are unfortunately a common news topic throughout the country, with various causes and responses. One of the notable areas in the news for a lack of clean water is Southwest Michigan. This is the area that I know well; I grew up in the Midwest and my family occasionally visited the beaches along Lake Michigan.

Several years ago, my family met up at one of the beaches along Lake Michigan.  After a week full of rain, we were so excited that our last day was sunny, finally allowing a day at the beach. Yet, as soon as we arrived, the beach was closed. This was one of numerous times that this beach and several other beaches around Lake Michigan had to be closed due to unsafe levels of E. coli bacteria, making them unsafe for swimmers.

Two years ago, I joined Freshpet as the Director of Marketing, compelled by the company’s mission to do what’s best for pets, people and the planet. Not only are we trying to minimize our effect on the environment by using wind energy at our Freshpet Kitchens, we are also planting trees with The Conservation Fund to negate our overall impact on the environment. Through our partnership with The Conservation Fund, we were introduced to the Environmental Canine Services LLC (or ECS).

With the demand for clean water in Michigan, we are so happy to be able to sponsor two ECS dogs who are trained in sniffing out the bad stuff in the waters around Southwest Michigan.  Three year old Abbey, a rescued German shepherd, and two year old Kenna, a golden retriever, have been training for this job since they were puppies and began their ECS careers last summer, helping find sources of contaminated water in several Michigan communities. Both Abbey and Kenna will receive free Freshpet food to aid their energy levels as they work hard to find the contamination. Along with feeding each pet fresh food, we are also donating the money required for their beach cleanup this year. We are happy we can help not only the water cleanup, but also provide the freshest food! The canines play a key role in helping us reduce the number of beach closings and lessening the threat to human health. Photo of Warren Dunes, MI. Flickr/Creative Commons.

The Favorite Recipes of our Office Pups